I shared this comic on Twitter the other day, but realized I never posted it here. I’m still trying to figure Twitter out. 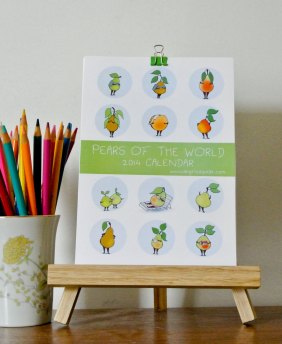 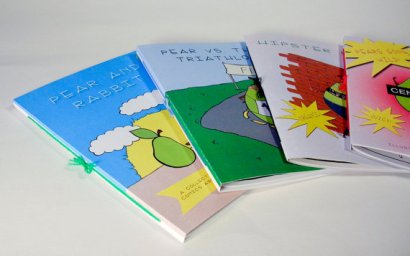 By the end of the day next Sunday (January 26), I’ll pick two winners at random from the comments below.

Let’s take another look at the pearific prizes you can win!

The Pears of the World calendar features 12 different types of pears, along with a description for each month. I had a lot of fun putting this together. 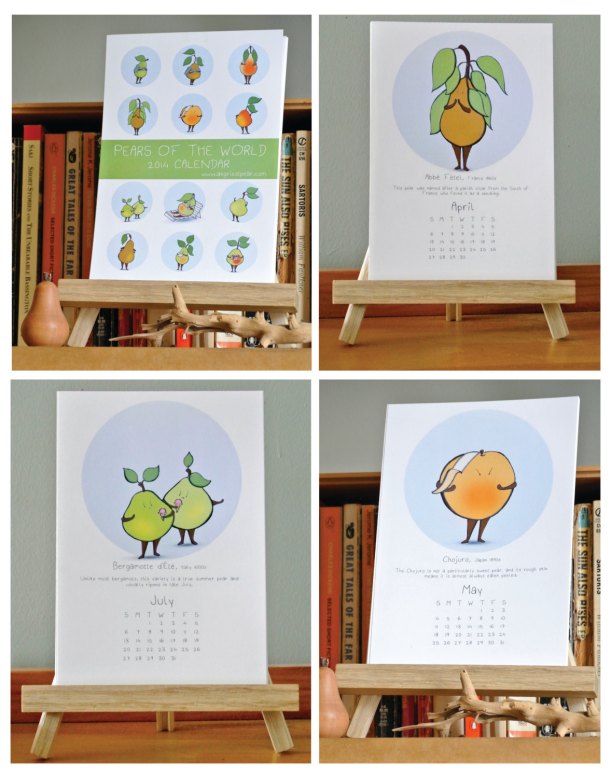 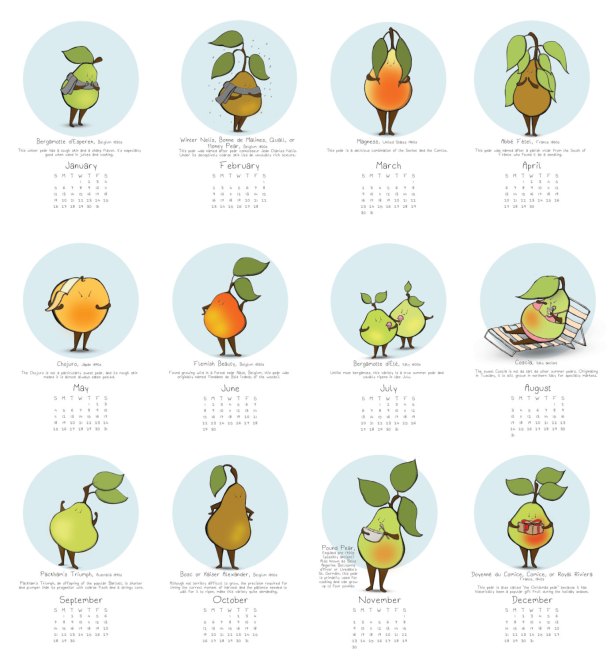 New comics from 2013 include Pearishables, Pears of History, Myth and Legend, and Work-a-Day Pear. I also have few copies left of comics from past years. 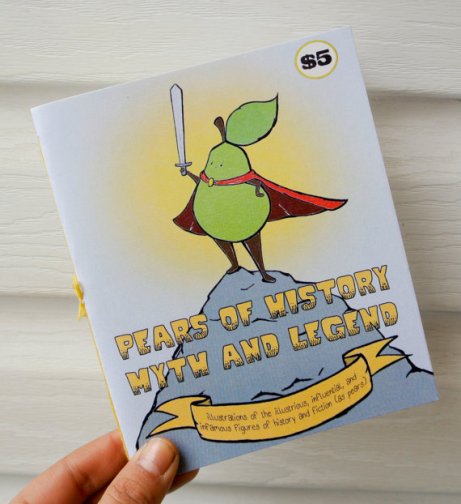 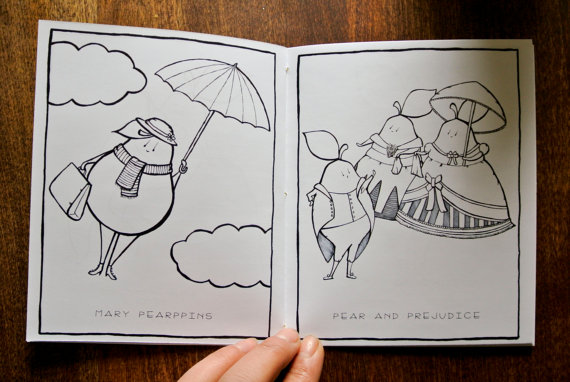 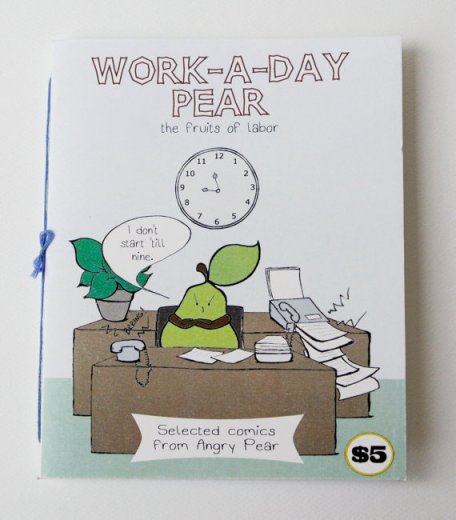 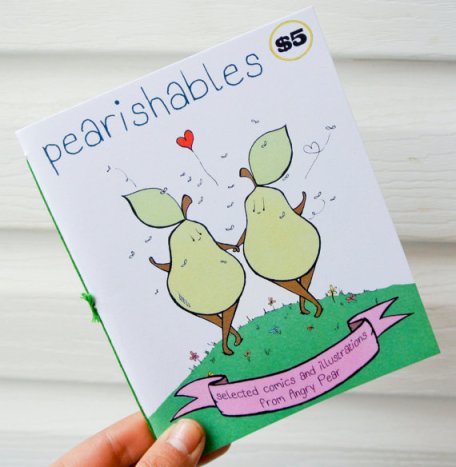 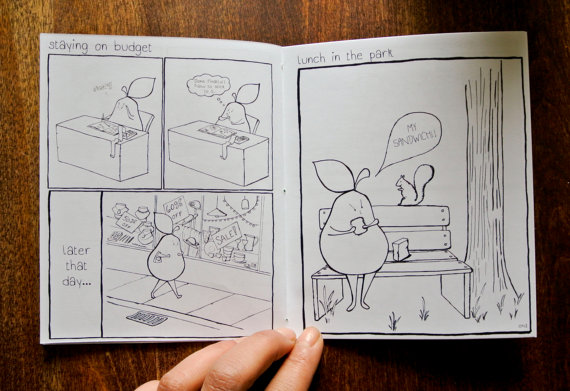 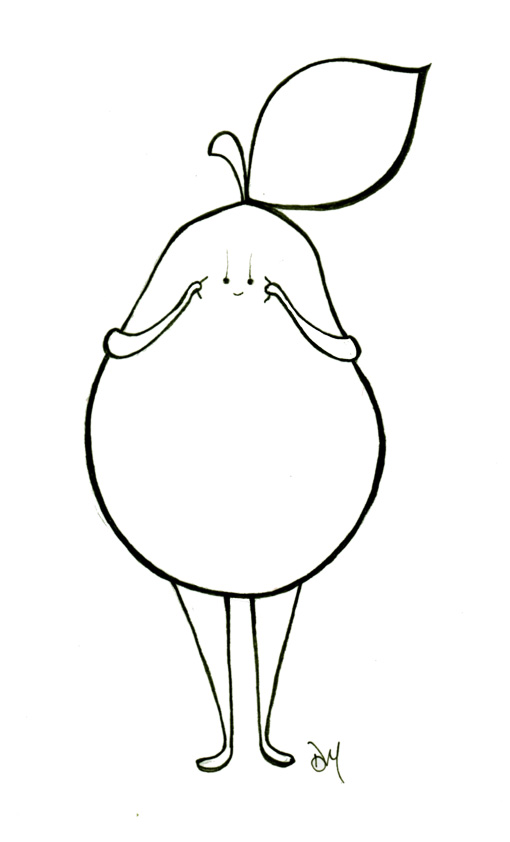 I want to thank all of you for reading Angry Pear. It means a lot to me. I make Angry Pear because it makes me smile and laugh, and sometimes it helps me work out some of my own anger issues… It’s rewarding to share these comics and drawings with readers who appreciate what I’m doing.  So thank you all for reading, commenting, and laughing. Please keep sharing Angry Pear with your friends and family! 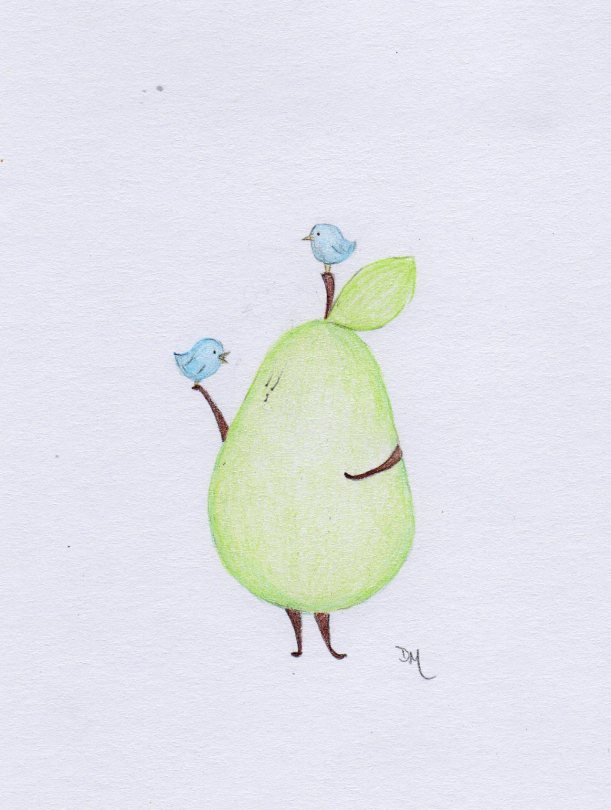 Other pears have been using twitter for some time. 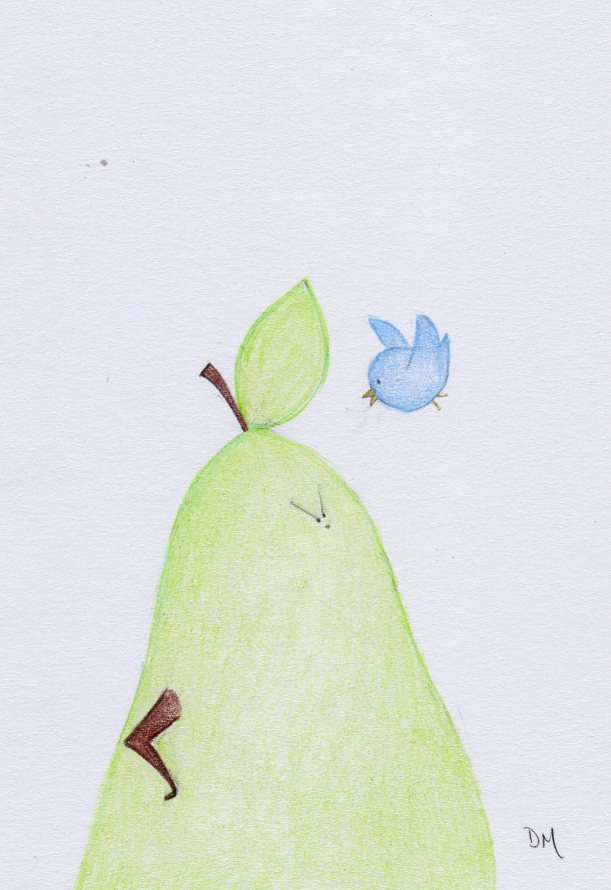 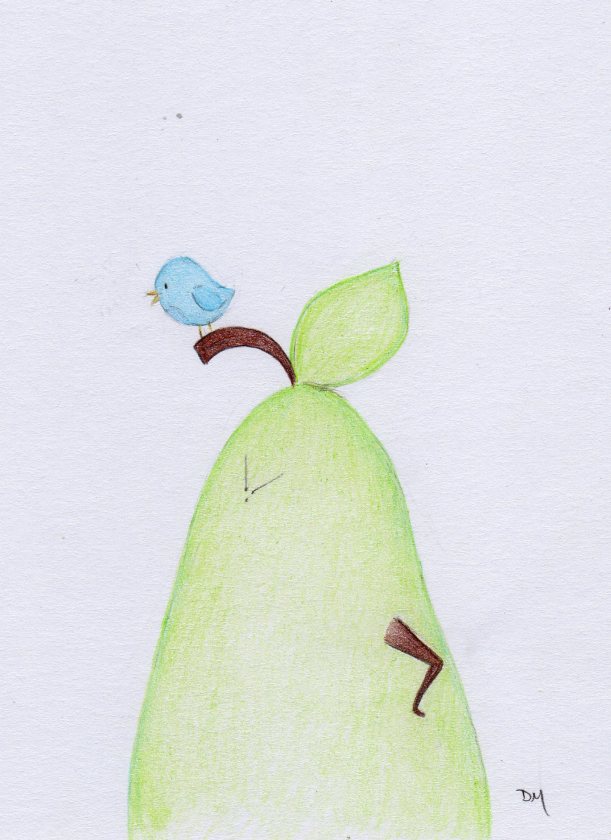 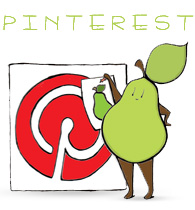